Charity Scores in Soccer Tournament with Help of Rogers Germany

The Rogers Germany team is a regular supporter of HPZ. Also supporting HPZ in the soccer tournament were Siemens Kemnath, Weiden Police, Stadtwerke Weiden, and BHS Corrugated Weiherhammer. The highlight of the tournament was the unified HPZ Team — a mix of players, some who had disabilities and some who did not – who joined in the fight to the victory cup!

The tournament included great soccer games, treats brought by HPZ, and a raffle with lots of great prizes.

While Rogers Germany gave it their all, the final match came down to the Weiden Police vs the unified HPZ Team. Congrats to the Weiden Police, who went on to win. In the end, the HPZ organization was happy and considered the annual charity event a great success! Proceeds from the event went to the HPZ in Irchenrieth, which fosters people with mental and physical disabilities and helps them with integration into society.

Kudos and many thanks to the Rogers Germany team for their passion and dedication to the tournament and to HPZ. 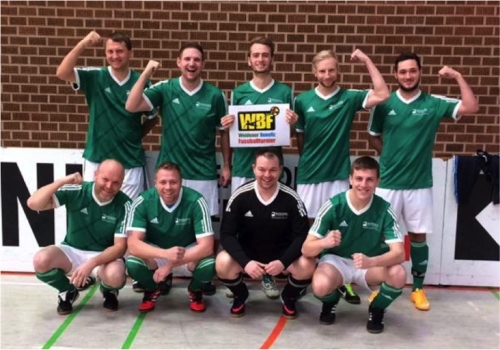