A Tale of Two Interns: From Internship to Full-Time Employment, Part 2

This is the time of year when a fresh group of college students intern here at Rogers Corporation. Two such former interns, Kevin Ripston, Director of Supply Chain Planning at EMS, and Justin Chretien, Product Manager for the EMS PORON® Industrial line,  share some thoughts and impressions from their early days at Rogers, and weigh in on how their internships helped shape their current careers.

Interviewer: When you first began as an intern did you plan to continue as a full-time employee or did you have a different path in mind? What was your plan? 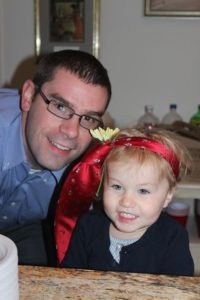 Kevin: When I interned, I actually interviewed at the end of my internship for a process engineering job that would begin the following year. It was cool going into my senior year knowing that I had a job lined up for me on the way out. I knew I needed to get through it and not mess up. Did I envision that I would be with Rogers for 13+ years now? Probably not, but it’s been a fun and interesting ride and I don’t regret it.

Justin: Well I don’t know if I’ve ever had a path for my life figured out. When I first started I was nineteen or twenty years old, halfway through college, and still really figuring out what I liked, what I didn’t like, and where I wanted to be. I guess I didn’t really actively think about whether or not I would be back another year or whether or not I would sign on full-time. I was definitely interviewing the whole time with different companies and seeing what else was out there and what other opportunities there were. But at the end of the day, I liked the people, I liked the projects, I liked the area (my family is around this area as well), and I decided to stay at Rogers. It was one of those things that made sense at the time.

Interviewer: What were some of the bigger types of projects you worked on as an intern? Is there anything specifically that you can think back to that you know has helped your career? Is there any part you particularly enjoyed?

Kevin: There are several things that I can think of that I did as an intern, one of which was with Bruce Arnio, a former Rogers’ process engineer. He was teaching me the principles of Shainin. One of the tools I learned was an Isoplot. That was my first experience with Shainin, a valuable addition to the tools in my toolbox. I’ve used them many times over the years throughout my career. It was also helpful when working on a printing-related project – I used the Isoplot to demonstrate whether a peel tester that we had purchased was capable of distinguishing between two different products in terms of their peel values. Another project I remember was learning BEAGLE Basic to write macros, run Excel spreadsheets, and automate them. I also remember working on a project where I assisted the Supply Chain team by inputting all the bills of materials into the schedule. It was programmed so that we could automatically click a button and the macro would run. Based on the products in the schedule, it would spit out how much of a given raw material it would potentially consume. This was extremely valuable for the Supply Chain team, and the buyers at the time, because as soon as a schedule was issued, they’d have enough information to know how much of any given raw material would be consumed by what date. This was very useful to them in terms of planning—which is now the area that I am in. It was definitely an interesting project and it taught me how to program in BEAGLE basic and run macros, which I’ve used over the course of my career.

Justin: I worked on a bunch of different things. One of them that really stuck out to me was during my first year when I was in the Quality group. I was tasked with coming up with a validation testing plan for some of our pieces of equipment. It was mainly to spot-check things every now and then to ensure that we weren’t having issues with our measurement system. When working in a manufacturing environment, if you are testing equipment without a calibration and don’t realize it, you will begin to throw away good material, thinking there are issues when there really aren’t. I came up with a systematic approach of proactively checking – outside of the yearly calibrations that were conducted – to make sure we did not fall out of calibration. It was one of the things that taught me that it’s important to have confidence in your measurement system. I think one of the things that the internship instilled in me was the beginning of a problem-solving strategy mindset – how you work through those issues when you encounter them.

Interviewer: Have you had a chance to work with any of the interns at Rogers now?

Kevin: I haven’t done too much in recent history with interns, but what I’ve seen as an outsider looking in is that the interns certainly have a lot of energy. It’s good to see them working on a variety of different projects. It’s not only beneficial for Rogers; it’s also beneficial for the growth and development of the interns. That linkage between the benefits to Rogers of having interns and the benefits to the interns creates a longer-term tie. I think that’s what I experienced. I was somewhat tied to Rogers because of my experience as an intern, and Rogers has been good to me throughout the years. They’ve paid for my MBA, they’ve provided me with lots of different training, and just the investment that Rogers makes in employees is partially embodied in the internship program. Interns come in and basically work on a list of projects that expose them to Rogers and in turn gives Rogers exposure to the interns. The highly qualified candidates we bring in will hopefully build relationships and create ties for the long haul, similar to my experience. 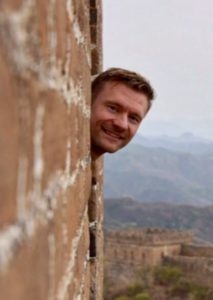 Justin: I have worked with a lot of interns over the years, some more than others. Each year I am more and more impressed with the interns that are coming in. I look back at myself at twenty years old and it seems like every year the interns have more confidence in what they’re doing. They have a broader skillset and more knowledge than what I would expect from someone halfway through college. In addition, the quality of people we bring in seems to be better year over year. Personally, I think internships are great because it gives Rogers good, pre-qualified resources, and the interns gain experience early in their careers. It’s a tremendous thing because it gives them a glimpse of what the real world is going to be like. Hopefully, at the end of the day, they enjoy the work that they do and learn their likes and dislikes to help guide them into whatever role will eventually be their careers.

Read Part 1 of the interview with Justin and Kevin