This post authored by John Coonrod originally appeared on the ROG Blog hosted by Microwave Journal.

High-frequency circuit designers must often consider the performance limits, physical dimensions, and even the power levels of a particular design when deciding upon an optimum printed-circuit-board (PCB) material for that design. But the choice of transmission-line technology, such as microstrip or grounded coplanar wa veguide (GCPW) circuitry, can also influence the final performance expected from a design. Many designers may be familiar with the stark differences between high-frequency microstrip and stripline circuitry. But GCPW circuitry, while also having its differences from traditional microstrip, also offers many benefits for high-frequency circuit designers to consider. In making the choice, it can help to understand just what different types of PCB material can have on the microstrip and GCPW circuits. The differences between the two structures can be seen in the illustration below.

Why use one transmission-line approach over the other? Obviously, microstrip has an “elegant simplicity” to it, which makes it easier to fabricate and even easier to model via computer than GCPW circuits. With their strong ground structure, GCPW circuits are capable of lower-loss performance at much higher frequencies than microstrip circuits, and offer great potential for designs working well into the millimeter-wave frequency range, even to frequencies of 100 GHz and beyond. Microstrip which, with stripline, is one of the most popular transmission-line formats at microwave frequencies, suffers increased circuit losses into the millimeter-wave frequency range, making the circuit technology less efficient for use at frequencies of 30 GHz and beyond.

What roles do PCB materials play in the choice of using microstrip or GCPW transmission-line approaches? Such material parameters as dielectric constant (Dk) and consistency of Dk through the material will impact the electrical performance of either transmission-line approach. The manner in which the electromagnetic (EM) fields travel through each circuit structure will have a great deal to do with the effective Dk that is exhibited for a particular circuit material, since those EM fields can flow within the dielectric material and outside of the dielectric material. In microstrip circuits, for example, with their top-side transmission lines and bottom-side ground planes, the EM fields are contained mainly within the dielectric material between the two metal planes, with a high field concentration at the edges of the signal conductor. For microstrip circuits, the effective dielectric constant is closely related to the specified Dk of the PCB material, such as Rogers’ RO4350B™ PCB material, which has a process specification of 3.48 in the z direction (thickness) at 10 GHz. The material’s Dk is held to impressive ±0.05 tolerance across the material.

The effective Dk of a PCB will essentially determine the size of circuit structures required to achieve a specific characteristic impedance, such as 50 ohms. So, for microstrip transmission lines on, for example, RO4350B circuit material, circuit width for 50 ohms will be based on a Dk of 3.48. But for GCPW using the same material, because the circuit’s effective Dk is reduced because more of the EM field is in the air above the circuit rather than in the PCB dielectric material, the effective Dk is lower when compared to microstrip. The difference in effective Dk for GCPW and microstrip depends on the thickness of the substrate used by the GCPW circuitry and the spacing between the ground-signal-ground conductors on the top layer. 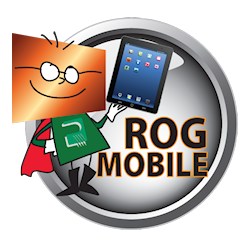